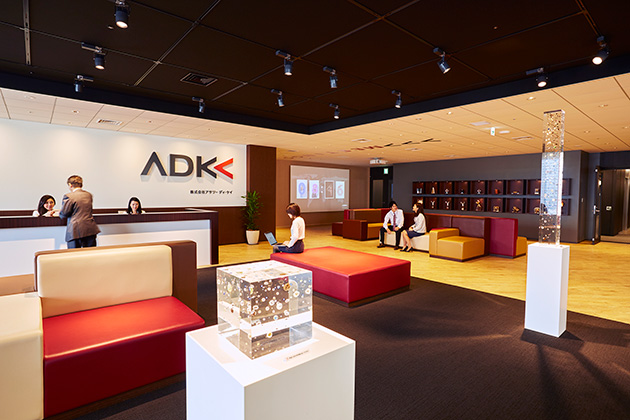 The stakes continue to grow in the fight between WPP, the Japanese agency it owns, and the private equity firm that looks to buy it away from Sorrell and company.

At the beginning of the month, Bain Capital Private Equity—yes, it’s Mitt Romney’s company—announced plans to buy a majority of Asatsu-DK for an estimated $1.35 billion. The agency, which first “entered a business tie-up” with WPP back in 1998, is Japan’s third-largest network behind Dentsu and Hakuhodo.

At the time, some noted that this acquisition would be in keeping with Bain’s Toshiba investments. But WPP very quickly made clear that it wasn’t happy with the price.

Last week the holding group, which owns about a quarter of Asatsu-DK, issued an official statement questioning the company’s strategy and adding, “Has Bain Capital ever given ADK’s management reassurance about their own position as part of this transaction and, if so, should not those terms be disclosed?” Parties had previously claimed that the Bain offer significantly undervalued the business.

London-based Silchester International Investors LLP, the second-biggest shareholder, went so far as to say that litigation might be coming if the sale moves forward.

Its statement essentially says, our partnership with WPP isn’t quite working out as we thought it would. “[It] simply no longer makes sense” to keep it going in respect to our shareholders and the financial health of our company, the note continues.

The note goes on to counter claims that Asatsu-DK did not go through the proper procedures before agreeing to sell to Bain.

Despite all this, we fully expect WPP to continue fighting for what it clearly sees as its rightful share in the company, so more news to come.

UPDATE: According to a report that hit Bloomberg terminals earlier today, Hong Kong-based hedge fund Oasis Management Co. joined WPP today in pressuring Asatsu-DK to open a formal sales process rather than accepting Bain’s offer. “ADK approached multiple potential financial and strategic partners to find the best outcome for the company and its shareholders,” said a spokesperson who declined to elaborate.

Here’s the full note from ADK.

Asatsu-DK (ADK) wishes to respond to statements that have been made regarding the tender offer for ADK shares. ADK’s alliance with WPP was formed in 1998, and both parties have now tried for almost 20 years to make it work to their mutual benefit. Unfortunately, expected synergies never fully materialized, and the industry has changed significantly since the alliance was formed. ADK’s management made the painful but necessary decision to unwind a capital and business alliance that simply no longer makes sense. The tender offer by Bain Capital Private Equity (Bain Capital) is the result of a process that ADK undertook to benefit all shareholders by providing an exit opportunity at a financial premium in connection with ADK’s transition to a company independent from WPP.

ADK approached multiple potential financial and strategic partners to find the best outcome for the company and its shareholders. Through this process, it was determined that Bain Capital presented the most credible proposal, and one that would offer the most price maximization for shareholders. None of ADK’s directors and management team has any agreement with Bain Capital, including any agreement regarding continuing appointment, employment or remuneration.

Bain Capital’s offer price was heavily scrutinized. ADK obtained a valuation report and fairness opinion from two independent advisors, and ADK’s independent directors were actively involved in examining the price and participating in a number of rounds of negotiations between ADK and Bain Capital, which resulted in a meaningful price increase. Furthermore, ADK has not agreed to any deal protection mechanism in favor of Bain Capital.

ADK’s independent directors evaluated this transaction process and unanimously determined that it has been fair and rigorous, and ADK’s Board voted in favor of the tender offer on October 2, 2017, with only one dissenting vote by a director nominated by WPP.

ADK’s agreements with WPP regarding the capital and business alliance are governed by Japanese law and provide a specific mechanism for termination by either party at any time by giving not less than 12 months’ written notice. This right of termination has been scrutinized by the attorney involved in negotiating the agreements, as well by multiple major Japanese law firms, all of whom confirm its validity. ADK has confidence that the termination right will stand. ADK will require WPP to fulfill its contractual obligations to sell its shares in ADK. It should also be noted that the tender offer by Bain Capital will move forward for the benefit of all shareholders regardless of any objections by WPP to the termination or termination rights of the alliance.

The WPP shares held by ADK have resulted in low return on equity and a problematic capital structure that is disproportionate to ADK’s core operations. The fact that this asset makes up a large portion of ADK’s market value means that the company is unnecessarily exposed to WPP’s share performance and currency exchange rates. To continue to hold the WPP shares would cause ADK to continue to face significant financial uncertainties in the future.

The decisions to unwind the alliance with WPP and take ADK private were not entered into lightly. We are grateful for the support of our shareholders over the years, and hope they recognize this as a good opportunity to monetize their shares with a premium.