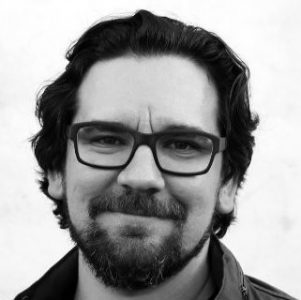 After speaking with sources close to the matter, we’ve come to a better understanding of those reasons. It also appears that the full range of personnel changes at the San Francisco-based Project Worldwide agency goes beyond what was previously reported.

Multiple parties told AgencySpy that Hindman expressed a desire to have a more active presence at the agency and take on the chief executive role. While there were initial attempts for Riccardi and Hindman to work out the differences in their vision for Argonaut, Riccardi eventually decided to leave the agency. Heilbron subsequently quit in solidarity.

Project Worldwide declined to elaborate on the previous statement by Project Worldwide chairman and CEO Robert Vallee Jr., confirming the news to Campaign: “We believe a powerful creative agency should be led by a talented creative person and we are convinced Argonaut will continue to thrive under Hunter’s focused leadership.”

Additionally, Argonaut head of culture Maura Heilbron (who is married to Max) is on maternity leave and not expected to return following this series of events. The agency’s head of talent, Angelique Moreno, is also presumed to have left the agency, according to multiple sources, and another Project Worldwide employee has been seen sitting at her desk.

One source called the changes a “defining moment for the agency,” which seems to have split its staff into two camps: one which approves of the new direction and another that doesn’t. This source also characterized the friction between the CCO and former CEO as a situation where the agency didn’t have room for two strong personalities with distinct, differing visions for its future. Another party commented that having one clear vision of the agency’s future will be better for the shop and its staff than trying to navigate conflicting visions delivered by its leadership.

The staffing changes follow Argonaut parting ways with co-founder and co-CCO Rick Condos about a year ago. Argonaut hired Riccardi as its first CEO in 2016. Riccardi previously spent over two decades at GS&P.