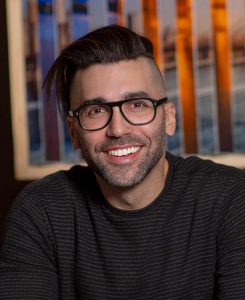 Grey further cemented its move out Midwest this week by naming a new creative lead for the Cincinnati office.

The release describes Grey Midwest as “a future-facing, end-to-end marketing hub” that includes Grey, Grey Commerce and production company Townhouse. It was never just about P&G; the office has also recently worked on campaigns for eyewear brand Essilor of America and McCormick & Company.

Managing director Tony Desjardins said this is “a well-deserved promotion for Adam,” whose “dynamic leadership” has played a key role in building a new entity focused with “digital, data and commerce at its core.”

“His desire to make Cincinnati a creative destination continues to transform the agency,” Desjardins added.

Kahn started his agency career at Grey’s New York office 13 years ago, and since then has held positions at Rapp and mcgarrybowen, where he specialized in branded entertainment for Verizon and worked on that brand’s collaborations with stars like Lady Gaga and Beyoncé before heading to Possible in 2015. His work has been recognized by Cannes, the Effies, the Webby Awards and Digiday.

Hollywood wasn’t new to Kahn, either. Before advertising, he worked in the mailroom at The William Morris Agency years ahead of its rebranding as Endeavor.