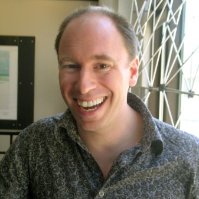 Fanuele joined General Mills in the newly-created role in 2014. Prior to joining General Mills he spent nearly four years as chief strategy officer for Fallon, following over four years in the role with Euro RSCG. He was also a founding partner and chief strategy officer for Walrus and spent three years as a planning director with JWT London, focusing on the agency’s Unilever and Pepsi accounts.

“At this exciting moment, I’ll be leaving General Mills, confident in the course that we’ve set and the good people who will sail it,” Fanuele wrote in an internal memo obtained by AdAge. “Timing is never ideal, of course, but you’ve got some sunshine in your pockets.”

Fanuele added that General Mills would have a new U.S. chief marketing officer “soon enough” following the departure of Ann Simonds in December as part of a restructuring that included plans to eliminate 400-600 jobs globally.

He went on to say that he felt honored to “refresh our roster of creative partners and set them up to do their very best work,” and “run an agency review based on our company values that instigated an industry-wide discussion about the power of creative diversity; to reinvent the agency compensation model”—referring to the creative review he led with Simonds which launched last summer and their decision to issue a series of diversity requirements for agency creative departments.

Fanuele concluded the memo by saying he would “spend the next few weeks helping with the finishing touches on the work we’ll launch. Then I’ll finish a book I’ve been writing. I’ll teach. And I’ll look for a crew of pirates with whom to make mischief.”

We reached out to GM’s current agency of record 72andSunny, which declined to comment on the news.