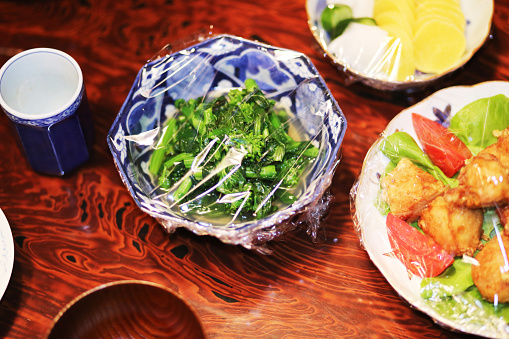 The meal included food prepared three days prior and preserved with the Glad product, a fact not disclosed to attendees at the first of two sessions that day until after they’d eaten the meal. As it turns out, the guests didn’t appreciate being surprised by the age of their food. Who knew?

As reported in Eater Chicago, attendees were notified that cameras would be on hand to record the event and that the menu would include “interesting preservation techniques.” After the meal, attendees were asked to sign consent forms for their likenesses to be used in footage. Following the backlash to the initial approach, the second round of diners were informed of the stunt ahead of time.

“After we heard feedback following the first seating, we evolved the way we engaged guests in the second seating and had Chef Jason explain up front that FCB and Glad would be creating a video of the dinner,” an FCB spokesperson, in collaboration with Glad, said.

The agency said it selected Giant because it was “a critically acclaimed restaurant with an ‘everyday’ approachable vibe that aligns with the Glad brand,” and that the agency and Glad worked closely with the restaurant to design the menu for the event.

“The idea for the campaign is to put freshness to the test. We partnered with Giant to create a unique and special event where attendees could enjoy a great night and a delicious meal at Giant, and experience the benefits of Glad Press’n Seal, but in a way that had an element of surprise,” they added. “In order to get real and authentic feedback on the meal, we revealed Glad Press’n Seal’s role in the preparation process after the last course.”

“We received feedback that many attendees understood the concept of the event, but thought the execution could have been managed differently,” the spokesperson added. “We apologize to anyone who felt deceived, as that was not our intent. That is also why we altered how we engaged guests for the second seating, by informing them up front about the setup.”

Asked if footage from the event would still be used for future ads, the agency replied that it was “just one of many things we are doing to show how Glad products can stand up to the toughest tests,” adding that “How everything will come to life is still in the works.”