NEXT:FCB Chicago Adds Clorox's Renew Life to Its Client Roster After a Review
PREVIOUS:R/GA Expands to Japan, Opening a New Office in Tokyo 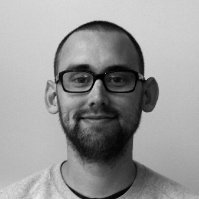 Executive creative director and head of art and design Menno Kluin has resigned from his job at Deutsch’s New York office after three and a half years.

A spokesperson confirmed today that he will be leaving, but it’s not clear whether he’s accepted a job at another agency or whether Deutsch plans to replace him.

Since moving to the states from his native Netherlands more than a decade ago, Kluin has worked as an art director and CD at several New York shops including Saatchi & Saatchi, Y&R and DDB, where he helped lead the New York Lottery and WATERisLIFE accounts, among others.

Kluin left to join Deutsch in January 2014, serving under chief creative officers Kerry Keenan and Dan Kelleher. His most recent work for the agency included campaigns for Green Giant, PNC Bank and the Andy Awards.

We will update this story if more information comes in about his future plans.