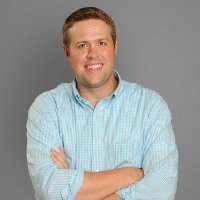 Rose received the promotion from his prior role as senior vice president, director of creative technology. As chief operating officer, Rose will be responsible for advancing the agency’s organizational and financial goals, while continuing to oversee the creative technology department.

“Curtis has been an important EP teammate for 14 years and in that time, has spearheaded a number of important initiatives including the development, organization, and profitability of our Creative Technology group,” EP+Co president Allen Bosworth said in a statement. “He is excellent at organizational optimization and recognizing how to simply make things work better. We are excited for Curtis as he takes this next step in his career.”

Rose joined EP+Co back in 2003, after graduating from the University of Tennessee. Three years later he was promoted to senior account executive and then became an account supervisor less than a year after that. After less than a year in that role he was named management supervisor, a role he held for three and a half years before being named vice president, director of digital systems. He was promoted to a senior vice president role a little over a year later and was then elevated to his most recent role after less than a year.