NEXT:Y&R to 'Embed' Teams Across Middle America, Explore Life Outside the Bubble
PREVIOUS:STUDY: Pharma Clients Really Wish Creative Agencies Would Just Listen to Them For Once 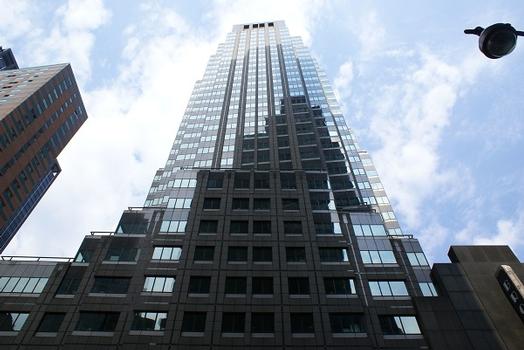 Nine months after showing its new face to the world in the form of an open floor plan redesign via MMoser architects, Saatchi & Saatchi has made another big move—into the Midtown headquarters of Publicis New York.

That means saying goodbye after three decades at 375 Hudson Street in SoHo, which was completed in 1989 and has long been known among locals as “the Saatchi & Saatchi building.” For a blast from the past, check out this 1985 New York Times real estate article about why Saatchi decided to move into “a ‘smart’ building that incorporates the latest innovations in telecommunications and computer operations.”

At the time of that announcement, Saatchi planned to occupy “395,000 square feet on the upper nine floors of the building,” or half of a structure designed by Lee Harris Pomeroy Associates and Emery Roth & Sons. The original lease was for 25 years with options to renew.

“We’re excited that Saatchi & Saatchi will be relocating to independent unique spaces at 1675 Broadway. This move will further foster collaboration across Publicis Communications agencies in order to bring forward the best solutions for our clients.”

This sentiment is in keeping with the “Power of One” strategy in which Publicis combines agencies to pitch for large accounts like Walmart and USAA.

Readers may also recall that S&S gradually reduced the amount of space it occupied at 375, consolidating all operations onto a single floor in 2015 and recruiting the band Big Data to make a music video of the resulting destruction. That was well before this January’s rollout of the open-floor space. 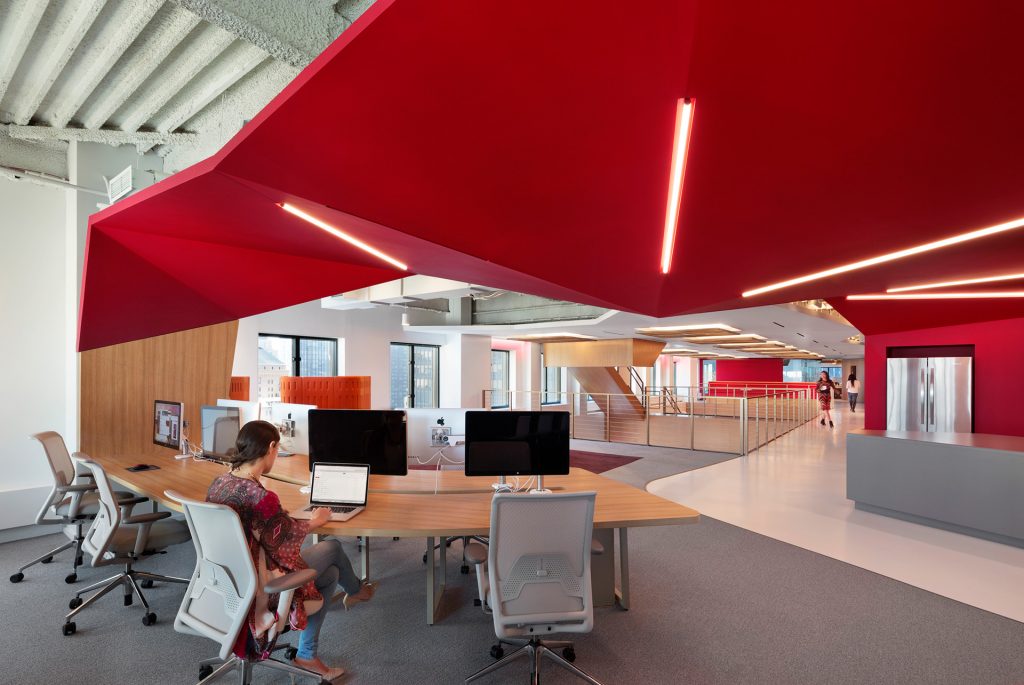 Publicis Communications’ headquarters (above), designed by Clive Wilkinson Architects, made its public debut last fall. The angle was that, like TBWA and other spaces before it, it contains no assigned desks, and “not one of the 1,200 employees, top brass included, can close a proprietary door,” as per the directions of Publicis North America CEO Andrew Bruce.

From Bruce’s interview with Interior Design:

“When people have an office, they’re at their desk all day, blasting out e-mails. Don’t respect authority—respect intelligence. Ideas matter. Clive [Wilkinson] pointed out that, at any agency, roughly 30 percent of your employees are always off-site. So we can easily have 1.2 people for every seat. We’re investing in human capital, not inanimate objects.”

The most recent move comes, at least in part, from Saatchi & Saatchi’s shrinking U.S. client roster and general consolidation across the creative side of Publicis Groupe. General Mills was the most recent client to split with Saatchi late last year when it picked 72andSunny as its primary agency of record after an extensive review.

This June, Business Insider ran a piece about Saatchi & Saatchi’s attempts to bounce back after the General Mills loss and the scandal involving Kevin Roberts‘ comments on gender diversity that led to his early retirement. That article noted, “Saatchi New York is redeeming itself through successful campaigns for big-name brands like Walmart and Tide, a reinvigorated culture and a couple of big award wins at the Cannes Lions…” 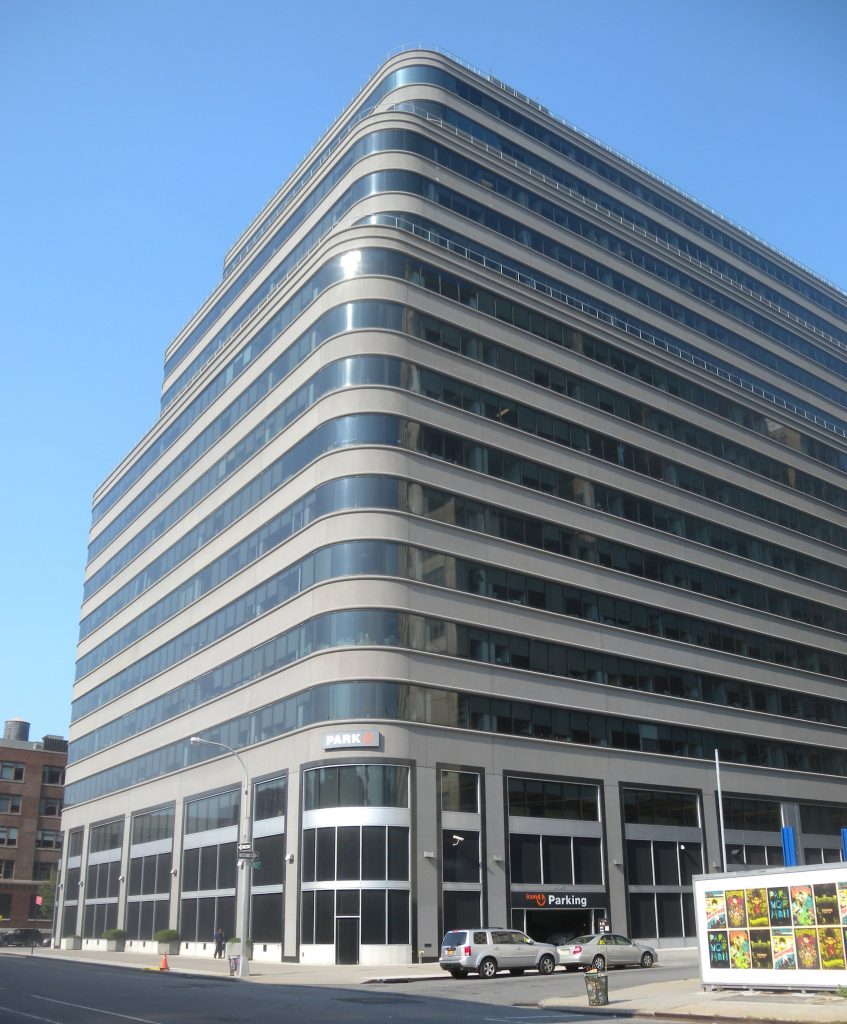 The Church owns the property beneath the structure and has for some time, though its plans for the space are unclear at this time. From the Globest report on the news linked above: “The office space at the property is currently 100% leased. The property is anchored by Saatchi & Saatchi, which occupies more than 62% of the space.”

Publicis Communications does not know who will be eventually occupy the agency’s now-former offices.