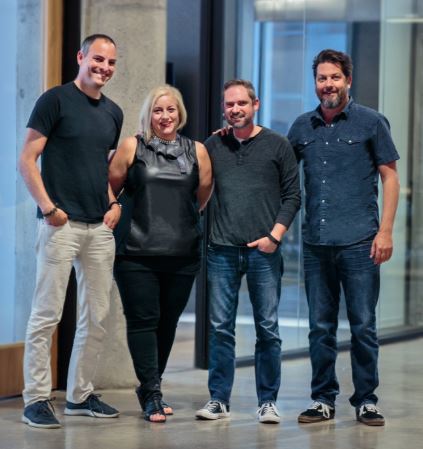 Eleven promoted Gary Stein, Monique Verrier, Chad Leitz, and Eric Lombardi to the role, in addition to their current responsibilities. Stein will continue to oversee agency activation and analytics as head of activation, a role he has held since being promoted from group director, marketplace insights last year. Verrier will continue in her role overseeing the agency’s IP group as director, creative operations and agency resources after being promoted from her previous position as director, creative services in April.

Leitz will continue serving as creative director on accounts including Google Cloud, which the agency won this year. He has served in that role since joining Eleven in 2016, following a stint as a freelance creative director/copywriter. Lombardi will continue overseeing client health and acting as business director on the Pella and Dignity Health accounts. He was promoted to associate partner, client health last December, following around three and a half years as group account director and over six years as an account director before that.

“Gary, Monique, Chad and Eric are integral to Eleven,” McKay said in a statement. “They each have impressive creative and leadership capabilities and are crucial to the internal dynamics of the agency. As well as to our client’s businesses. We’re all excited to have them help steer the agency into the future as associate partners.”