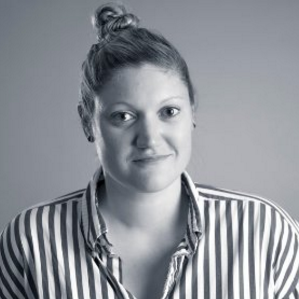 This week, Colenso BBDO hired Beth O’Brien and Thomas Darlow to serve as its newest group creative heads. They are both returning to New Zealand after several years at top U.S. creative agencies including R/GA and Droga5.

“I’m stoked to return to the Colenso BBDO family. Colenso is an immensely special place. It’s full of uniquely talented people, who work tirelessly to push the boat out on what’s possible,” O’Brien said in a statement published by LBB. “The creative department, lead by Wortho and Levi, has all the hallmarks of a true operational studio, which I love to bits. There really is no agency like it. I can’t wait to get back, have a beer with the team, and get stuck in.”

Dowling said that he’s “frothing to get weird with the industry’s best.”

“Thom and Beth are absolutely world class. We’re thrilled and genuinely humbled to have them with us,” added Colenso BBDO chief creative officer Levi Slavin.

O’Brien returns to New Zealand following over two years in New York, during which she has served as associate creative director with R/GA New York since last June. Before joining R/GA she spent around a year as a senior art director with Droga5, where she worked on the agency’s “Mastery 2.0” campaign for Chase and “Role Models” for the Hillary Clinton campaign. Before leaving the agency to join Droga5, O’Brien spent nearly three years as an art director with Colenso BBDO.

Darlow returns to New Zealand after five years at R/GA New York, most recently serving as associate creative director. At R/GA he worked with clients including Samsung, Nike and on the Ad Council’s “We Are America” PSA.