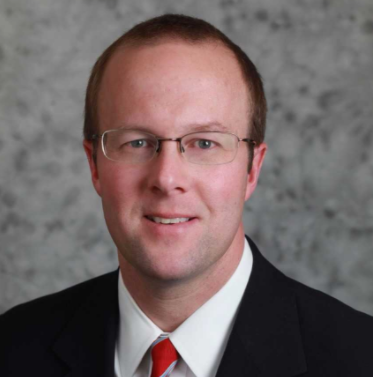 Retailer Dick’s Sporting Goods, which is currently the largest such chain in the U.S. and trails only Walmart in overall market share, has named a new chief marketing officer.

Before making the jump, he spent more than a decade in marketing at Dunkin’ Brands, the Dunkin’ Donuts chain’s parent company. Hudler began in brand marketing and eventually moved into the SVP, chief digital officer role last year. He previously held several positions at Mars including brand manager for Snickers.

You won’t be surprised to learn that the announcement focuses on Hudler’s digital experience as Dick’s—and every other retail company—moves to adjust to the new reality of online sales. During his tenure, Dunkin’ emphasized mobile and digital assets like a loyalty program and order-ahead platform.

Dick’s currently operates more than 800 physical stores and an ecommerce platform. In terms of sales, it is well ahead of nearest competitor Academy Sports + Outdoors, which picked FCB Chicago as its first creative AOR after a review last January.

The big question for this blog, of course, is what will happen to Dick’s current agency roster. Anomaly has been creative AOR on the brand since 2012, with Huge handling social and MKTG INC on events and experiential work.

According to the latest numbers from Kantar Media, Dick’s spent around $90 million on marketing in the U.S. last year.