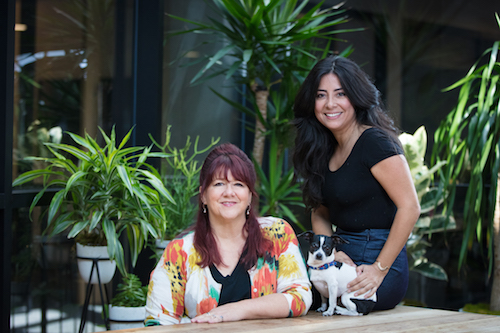 Gabriela Farias (pictured, right) was promoted to senior vice president, director of business affairs and Carie Bonillo (pictured, left) to senior vice president, director of traffic operation. Farias will be tasked with overseeing production business and legal affairs, while Bonillo will be responsible for cultivating relationships between agency, media and vendor partners to maximize efficiency. Both Farias and Bonillo will report directly to Deutsch North America CCO Pete Favat.

“Gabi and Carie are some of the best in the biz,” Favat said in a statement. “I have always admired their ability to keep our creative integrity alive while gracefully juggling demands from the networks, talent agents and legal. I am excited to see what these two kick-ass ladies can accomplish in their new roles.”

An agency veteran of a decade, Farias previously served as group director, integrated business affairs. Prior to joining Deutsch in November of 2008, Farias served in business affairs manager positions for TBWA\Chiat\Day, Arnold and BBDO West.