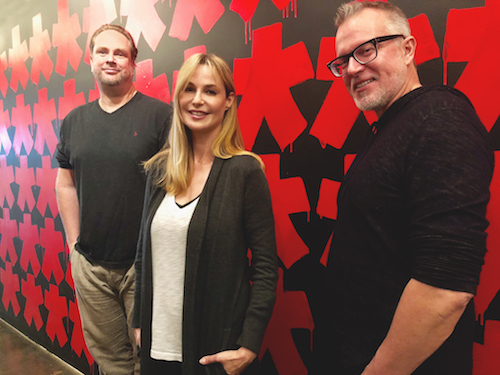 David&Goliath expanded its creative department and rounded out its creative team for Kia with the arrivals of three senior hires.

“With the launch of the new Stinger and having won the IQS award over brands like Porsche and BMW, we’ve been given the opportunity to rebrand Kia like never before. So we wanted to make sure we were staffed in a way that brought strong senior leadership to every area of the business that will continue to move it forward; as well, re-introduce the world to Kia that comes from a place of strength and confidence,” Pearce said in a statement.

“A big part of communicating such strong emotions comes from the look and feel of a campaign. So we hired the incredibly talented designer and leader Marc Schwarzberg as our first ever head of art, in order to ensure the work has a sense of optimism, power and beauty that makes you feel something,” he added. “And we’re equally thrilled to round out the Kia team with the outstanding talents of ECD Mark Koelfgen and GCD Frauke Tiemann.”

Schwarzberg will lead art, design and product innovation on the Kia account, while also assisting with new business efforts and working on the agency’s nonprofit organization, Today I’m Brave. He joins David&Goliath from Crispin Porter + Bogusky, where he served as creative design director, working with clients including Domino’s, Infiniti, Hershey’s, Mondelēz International, American Airlines LetGo and AB InBev’s Goose Island. Prior to joining CP+B, he spent over three years as head of art, creative beauty and luxury at Almap BBDO. Since 2004, he has also been a freelance creative artistic director for Francis Ford Coppola Presents.

“I am proud to be part of such a talented, fun, motivated team, especially helping to support Today, I’m Brave’s mission to inspire bravery within individuals and organizations around the world, and promoting social goodness in brands,” Schwarzberg said in a statement. “This, I believe, will be the future of the advertising business.”

Koelfgen will oversee creative on Kia as executive creative director, copywriter. He arrives at David&Goliath from Ogilvy New York, where he spent the last three years as executive creative director, copywriter on IBM, Ford and Comcast, including working on the Academy Awards spot starring Carrie Fisher that proved to be IBM’s most-watched ad ever and on Ford’s “Unstuck” Super Bowl pre-game ad. Before Ogilvy, he spent nearly 11 years at mcgarrybowen New York, rising to the position of chief creative officer before leaving for Ogilvy in 2015. During his tenure at mcgarrybowen, he helped bring in new accounts including Verizon, Burger King and Maserati while also working with clients including AB InBev and Reebok.

“What thrills me about working at David&Goliath is many things,” Koelfgen said in a statement. “First, the people, who are as brilliant as they are decent and kind. Second, the entrepreneurial spirit which I’ve always been drawn to. And finally, a deep desire to make the world a better place through active philanthropy.”

In a statement, Tiemann said, “It’s inspiring to work for an agency that has a tremendous creative culture but also a solid philanthropic core.”