NEXT:Mcgarrybowen and United Really Think You Should Consider Flying Out of Newark
PREVIOUS:Frontier Communications Launches an Agency Review for Its ~$50 Million Ad Business 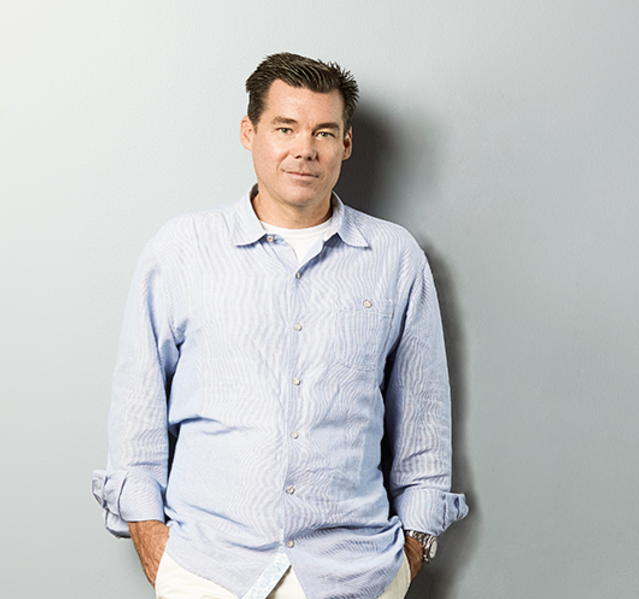 Today in moves we missed, David&Goliath lost its chief marketing officer to R/GA Los Angeles about two months ago.

Last October, Stephen Larkin became the indie agency’s CMO after spending more than three years in the same role at 180LA. He succeeded Claudia Caplan, who left in 2012.

At the time, founder David Angelo said D&G needed a new marketing chief because “We are less of a traditional agency, per say, and more of a brand with a very defined purpose,” that purpose being bravery for brands.

Larkin later talked about that for an Adweek Q&A in which he said he hadn’t been looking for a new gig but took the role at D&G because he was inspired by Angelo’s philosophy. When asked to elaborate on the culture, he said, “It’s intangible; there are no assholes,” and discussed a trust-building exercise in which employees list their biggest challenges or “Goliaths” on a wall mural; the agency picks one to address each day.

A couple of months after hiring a CMO, David&Goliath went through a big transition in which its chief creative officer, chief digital officer and chief strategy officer (all of whom were managing partners) left to launch their own agency called Wolfpack. ECD Bobby Pearce was then promoted to the top creative role as CSO Wells Davis came over from Leo Burnett. In April—just as the CMO was leaving—D&G hired four new creative directors, all of whom work on the Kia account.

Larkin is currently the only executive director of growth within the IPG agency’s U.S. network; Sarah Lent fills that role for the EMEA region.