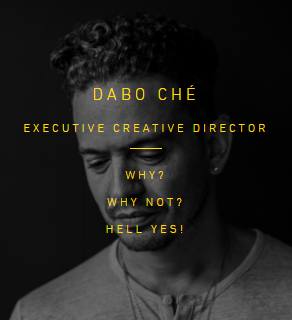 Ché (portfolio here) joined the agency in 2010 and had effectively served as Lee’s right hand man since then. During his 7-plus year tenure with the small Omnicom agency, he worked on campaigns for a variety of clients ranging from Chevy and Cadillac to HBO, the NYPD and the Bernie Sanders campaign. (The ECD co-led pitches for the former two clients.)

He has worked in the ad industry for more than 20 years, and prior to joining Spike DDB he was group creative director at Brooklyn-based multicultural agency UniWorld Group.

When Lee was inducted into the Advertising Hall of Fame in 2015 along with Lee Clow and others, Ché said, “He continues to be a source of inspiration to us all—both personally and professionally.” In February, he discussed “Black Love Power,” a personal photography-based project he created along with writer Michaela Angela Davis, for Vibe magazine.

Here he is talking about storytelling in advertising with Lee at a 2012 One Show event.

A DDB spokesperson declined to comment on the news, and Ché has not yet responded to a related email. At this moment, his headshot remains on the agency’s “people” page. But a party close to the agency confirmed that he is no longer employed there. We have not been able to confirm the circumstances surrounding his departure.