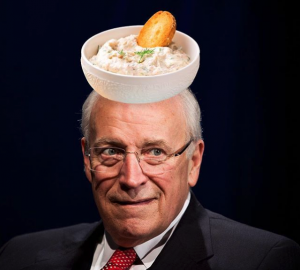 You may have heard about a certain professional football game occurring this weekend, which goes a long way toward explaining why this here blog has been a bit slimmer than usual of late. But we couldn’t go through Super Bowl week without posting on some related project from our beloved agency community.

So what is the one singular sensation among all viewers of said Bowl? Dipping, of course. It can be sweet or salty, veggie or meaty, healthy or who gives a shit.

A team of creatives inspired by that key insight, and the fact that a random(?) egg has nearly 10 million followers and the potential to make a lot of money for some brand, developed their own would-be viral campaign: #DipPic.

As is the case with most such efforts, there’s a social media account named, appropriately, “unsoliciteddippic.”

Think of all the meme variations!

So how did this come about?

“Obviously it wasn’t made,” she added. “So without tying it to brand or agency, we decided to just do it. And see if people really like dip and are willing to share theirs with the world.”

Anomaly senior copywriter Kate Carter told us, “Honestly, when we said the idea out loud, I thought it was hilarious and then I couldn’t stop thinking about dip pics. Weird, I know. It’s smart. It’s funny. It catchy and internet-y. It promotes dip. And that’s the thing about good ideas: they do not leave you. They sit and fester until you bring them to life. So that’s what we did. We made it our own thing.”

“We wanted this to start as an internet groundswell, in marketing terms, organically,” said producer Annie Vlosich of Anomaly. “Ultimately, we wanted to create a social community around dips (because why not) using the irreverent internet culture who created a social community around a single egg. That egg has over 51 million likes. Whoa. Also, Chrissy Teigen if you’re out there, we’ve got a dip pic for you to post.”

Will #dippics blow up? Will it crack the egg? We can’t even begin to pretend that we can predict the internets. But we’re already thinking about how to place our Sunday guacamole in its best possible light.