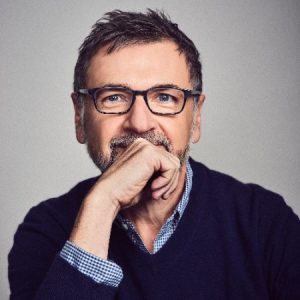 FCB Health Network is bidding farewell to its chief creative officer of nearly a decade.

Rich Levy is leaving the network after nine-and-a-half years with no immediate plans to join another agency.

“Rich has decided to leave the network to pursue some of his passions: teaching, spending more time with his family and potentially consulting,” an FCB Health Network spokesperson said in a statement.

It appears a replacement will be announced in the near future.

“The wonderful thing about being part of a holding company like IPG is our robust succession planning,” the spokesperson added. “And we are doubly fortunate to have the network’s tremendous depth of talent. We will be announcing his replacement soon.”

“I am so thankful for the platform that FCB Health has given to me, we have accomplished so much together,” Levy added.

Levy joined FCB Health as CCO in November of 2009, following a year as executive vice president, executive creative director at GSW Worldwide. Before that, he spent two years in the same role at Ogilvy Healthworld. Prior to joining Ogilvy, he spent two years client-side as director of brand advertising and activation at Verizon Wireless.