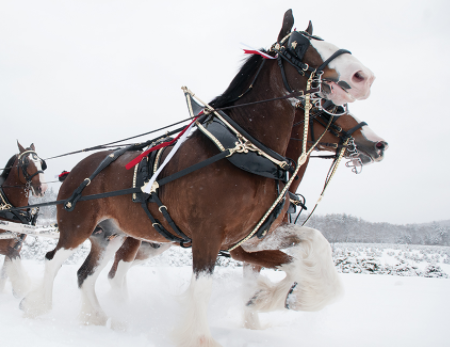 After counting Anomaly as its U.S. creative agency of record for 8 years, Budweiser has officially moved to a project-based model for its stateside ad campaigns.

A spokesperson for Anheuser-Busch U.S. confirmed the change today, though one perhaps could have connected the dots based on the fact that Anomaly was not involved in the brand’s Super Bowl campaigns for the first time in several years. (David Miami made the broadcast ad while VaynerMedia handled a digital-only spot featuring the famous Clydesdales.)

AdAge first reported in December that the brand would be reaching out to all of its U.S. agencies for Super Bowl concepts.

Today, the representative said that Budweiser would use its entire agency team, which consists of David, VaynerMedia, Mosaic and Anomaly, to develop all content and creative campaigns moving forward.

“The US Budweiser team has moved away from the traditional AOR model and instead works with a number of agencies to produce content,” he said. “That currently includes David, Vayner, Mosaic and Anomaly. No one agency is tasked as the primary creative agency.”

Our sources claim the move has led to a revenue loss for Anomaly. The agency, however, says that is not the case because—as also noted in the AdAge piece—it recently replaced VaynerMedia as Budweiser’s global digital and social media AOR. In a seemingly contradictory quote referencing the new U.S. work, Gary Vaynerchuk told AdAge in December that he was excited to “have a bigger seat at the table in 2018.”

A spokesperson for the larger AB InBev organization said future global work will run in 40 markets around the world.

“As someone who has led the Budweiser partnership for 8 years at Anomaly I will speak straight from the gut,” said Anomaly founding partner and joint global CEO Jason DeLand. “Anomaly is and continues to be the lead agency on Budweiser around the world. As global Budweiser grows so does Anomaly’s remit. We will do more with Budweiser in 2018 than we ever have!”

DeLand continued: “I can confidently say no other agency cares more, has worked harder or has learned more in working with ABI. We are proud of our long term relationship and our commitment is to ensure the partnership continues to grow for a long time to come.”

Anomaly’s relationship with another large client, Beats, also changed recently. In January, co-CEO Carl Johnson told Adweek, “A few months ago we decided to take a breather from executing work with Beats, after an intense and successful year creating powerful work together.” Sources confirmed that Apple has chosen to take more of that work in-house, at least for the time being.