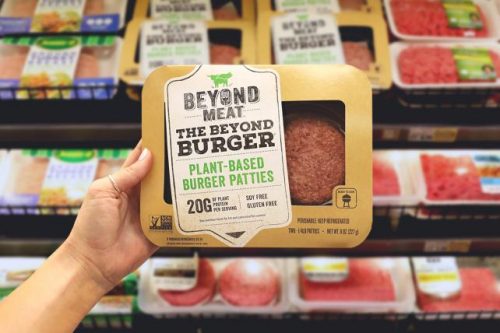 Beyond Meat, the Los Angeles-based makers of plant-based meat substitutes, has selected L.A. creative/production company Stun as its branding and media agency partner.

The company, which has received venture funding from the likes of Bill Gates, Twitter co-founder Biz Stone, the Humane Society and Tyson Foods, announced its IPO plans last month. Beyond Meat also confirmed partnerships with Del Taco last September and Carl’s Jr. earlier this year, with the latter chain introducing the Beyond Famous Star burger.

That probably played a role in the ongoing CKE pitch.

“We are ‘Beyond’ excited to be working closely with the Beyond Meat team,” Stun principals and co-founders Mark Feldstein and Brad Roth said in a statement.

“The brand is such a great fit for Stun’s culture and collaborative approach to developing creative that activates consumers,” Stun CCO Michael Vamosy added. “Sharing the stories of how these elite athletes achieve success at the highest-level is truly inspiring and will encourage people to think about their diet and eat healthier. It’s a pretty cool mission and its our job to make sure when consumers see the Beyond caped steer logo that it stands for something more than just great taste.”

Stun will be tasked with redesigning the brand’s logo system and website, as well as its new “Go Beyond” campaign.