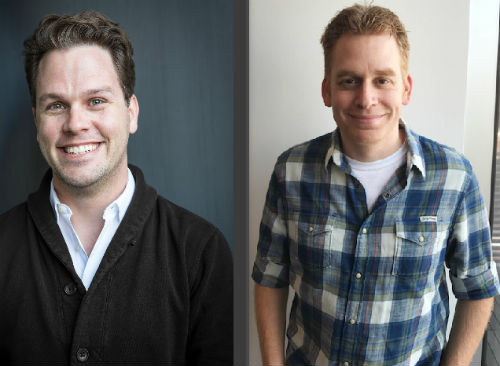 “We are so lucky to have Matt and Chris at Barkley,” Barkley executive vice president, executive creative director Katy Hornaday said in a statement. “They have that rare combination of being strong leaders as well as excellent creatives. We’re already a better agency for having them here.”

Cima joins Barkley from R/GA’s Austin office, where he has worked as a creative director since the beginning of 2015. While with R/GA he worked with brands including Verizon, Crocs, Royal Caribbean and The New York Times. Before joining R/GA, he spent two and a half years as a creative director with Victors & Spoils in Boulder, where he worked with brands such as Crocs, Driscoll’s and Community Banks of Colorado. Prior to joining Victors & Spoils he spent nearly fourteen years with TM Advertising in Dallas, rising to a role as associate creative director before his departure and working with brands including American Airlines, Subaru, Nationwide Insurance, ExxonMobil and Discover Network.

“I left Texas and chose Barkley because of the people and the work that they’re making,” Cima said in a statement.

“I was pumped to join Barkley because they’re an innovative, independent agency with a midwestern work ethic,” Pruett said in a statement. “And, they have a rocket ship on their roof. That’s a first for me.”