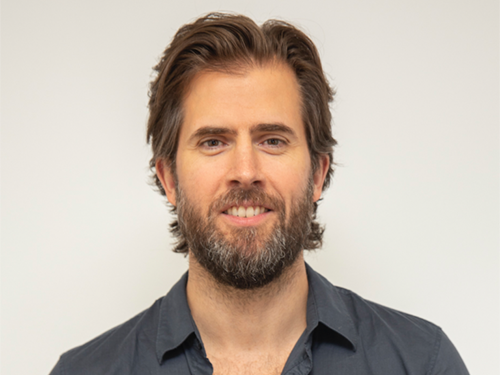 In some non-Super Bowl-related news out of Atlanta, independent agency Dagger welcomed Al Patton as its first chief creative officer.

Patton will be tasked with overseeing creative and video production for the agency, across a client roster that includes Aflac, Interface, IHG, American Cancer Society and SweetWater Brewery, the last two of which appointed Dagger as social media agency of record last year. He will report directly to Dagger CEO Mike Popowski.

“It didn’t take long for Dagger and Al to agree on what’s possible in Atlanta: a world-class agency, driven by the recent influx of talent and brands,” Popowski said in a statement. “Al’s track record of leading teams to great work speaks for itself, and he’ll be a pivotal contributor to the Dagger culture. We’re ecstatic to have him lead the charge in pushing our work to all new levels.”

“What’s so exciting about Dagger is that their brand-as-media-company mindset is really unlike anything else out there, and their philosophy is built entirely on the new realities of consumer-brand engagement,” Patton added. “I’m extremely excited to join the talented team at Atlanta’s fastest growing agency and offer something different to clients looking to embrace these new realities.”

Patton joins Dagger from 22squared, where he spent over two and a half years as senior vice president, executive creative director, overseeing creative in the Atlanta office across a client roster including Home Depot, Suntrust, Baskin/Dunkin and SweetWater Brewery. He spent the majority of the remainder of his career at R/GA, where he worked his way up to executive creative director and worked on the agency’s Nike and Samsung accounts.

Patton has earned industry awards including a Grand Clio, One Show Pencil, ADC Cube and Bronze Cannes Lion for 22squared’s “Built-In Pins” campaign for Home Depot, which he argued is “really the one you want to win at Cannes,” calling it “the Mark Ruffalo of all the Cannes Lions.” Patton is also a stand-up comedy enthusiast and has appeared at New York’s The Comedy Cellar and Comedy Village.