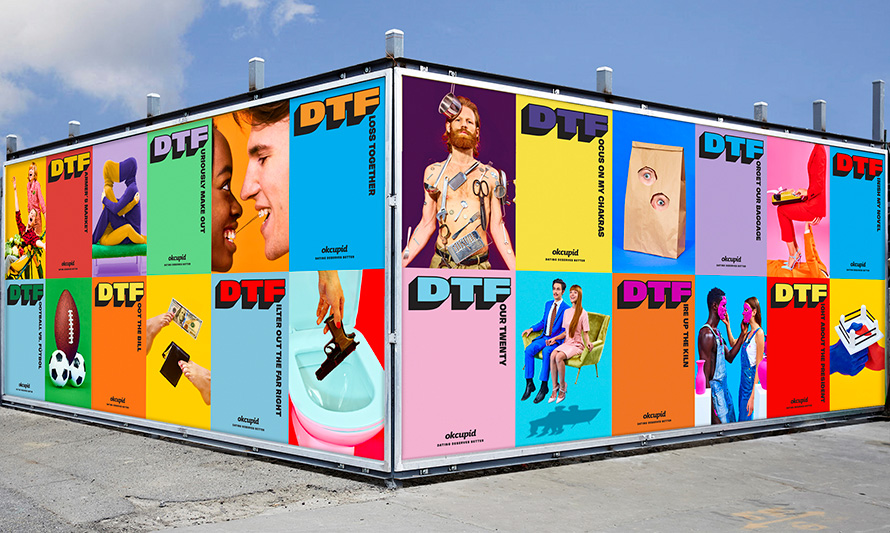 Last month, W+K launched a “DTF” campaign for OkCupid, redefining the term in ways meant to showcase the different types of couples who meet with the online dating service.

While the campaign actually dreams up less obscene acronyms for the letters, conservative extremist group CitizenGo (which was founded in Madrid around five years ago and operates campaigns in some 50 countries) still found plenty to be offended by. Among the objections the group has to the campaign is that it “promotes drug use” (One ad reads “Down to Four Twenty” and pictures a couple lounging on a levitating chair) and “promiscuity” (Presumably taking issue with “Down to furiously make out”). According to the group, W+K’s wicked ads even promote “prostitution,” although we have no idea where they’re getting that one from.

Mostly though, CitizenGo’s issues with the campaign go back to the group’s primary focus: who is putting which sets of genitals where … and when.

One can see, via a cursory glance at the group’s other recent efforts, that it focuses primarily on an anti-LGBTQ agenda. Other petitions include:

You get the (very repetitive) point.

CitizenGo’s main objection to the OKCupid work, then, is the “Down to Fall Head Over Heels” ad depicting a romantic relationship between two women. 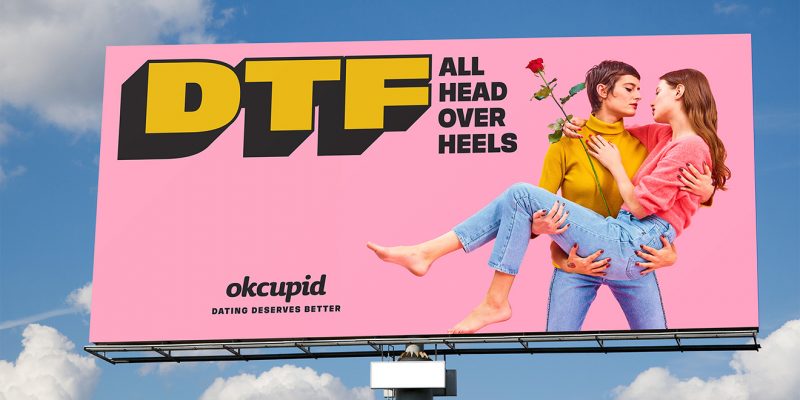 The group’s petition notes that W+K’s ads “will be viewed by millions, including children, in public spaces.”

We have a feeling they’re going to stay up, though.