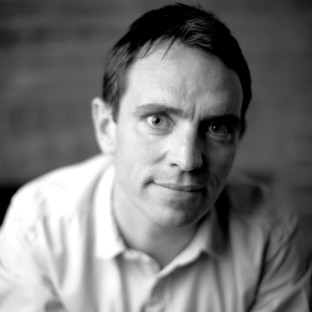 UPDATE: Priest confirmed to us that he really does just want to spend a bit more time with his family … and get deeper into movies.

“I have no grand plans I’m afraid,” he wrote. “I’ve had the most amazing run but I want to head home now—spend a bit more time with the family. I’m writing a couple of movie scripts, we are restoring a house in Cornwall, I fish and golf. That’s it. Sorry it’s not more sexy!”

In a somewhat surprising(?) move, one of the co-founders and core talents at adam&eveDDB has announced his plans to leave the agency world entirely.

His departure follows that of fellow co-founder Jon Forsyth and comes just over a year after the agency officially became a “new international offering within Omnicom” after a $140 million earn-out involving Priest and two other partners.

In other words, Priest can now do what he wants—and he doesn’t want to work for an agency anymore.

The departing executive told More About Advertising: “In the ten years since James, David and I launched the agency, we’ve done more together than I ever dreamed possible. We have conquered all comers and produced work I’m so proud of, I know I’ll be boring my grandchildren about it in 30 years time.”

He then said he wanted to pursue “non advertising adventures” and spend more time with his family.

It’s unclear whether Priest will pull an Ian Schafer and launch an unnamed venture that probably involves some sort of digital platform (totally guessing here!), but his fellow founders James Murphy and David Golding will remain in London to run the Omnicom shop for now as it continues to expand. Richard Brim had already been overseeing adam&eveDDB’s creative output.