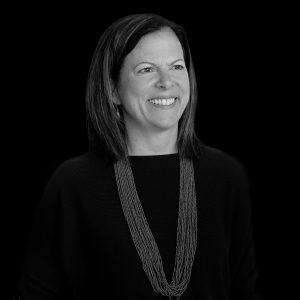 Maria Twena will lead the practice as partner and global head.

Twena arrives from marketing consultancy Second Generation Soy, which she founded in 2016. Before that, she held CMO roles at Pulpo Media and Entravision Communications. Earlier in her career, she spent nearly six years at McCann, where she led a unit focused on U.S.-born Latino consumers, working with clients including H&R Block, MasterCard, Microsoft and Verizon Wireless. She left McCann in 2010 to join GlobalHue as evp, client services.

“Consumer X is the consumer that hides in plain sight but can drive a lot of revenue,” Twena said, explaining the practice was created to identify and target overlooked demographics brands aren’t reaching when they place different types of people into one large group.

“We tend to make stereotypical assumptions of consumer segments,” she added. “It’s easier to market to a whole rather than individuals. Digital tech allows us to segment in a micro-segmented way.”

Twena said Consumer X’s offering is substantially different from what a multicultural agency or multicultural unit within a large holding company agency can provide.

“We’re making a promise to help clients get better business results from marketing, so we’re doing a couple of things differently,” she said. “We’re looking at the whole marketing spectrum–what products and services clients make and how they deliver them as well as how we tell their story in advertising and content across media.

Initially, Consumer X is focusing on what they are calling Latinx, attempting to reach English Latino First consumers who were born in the U.S. or arrived at an early age, consumers with which Twena said brands are failing to connect with via either English-language or Spanish-language advertising.

Twena has a personal understanding of this demographic, as she is the daughter of foreign-born immigrants. She explained that such children play an important role in their families.

“Children of immigrants become sherpas for foreign-born parents across the board,” she said, and “inform purchase decisions at an early stage.”

“We’ve never quite really seen ourselves in the marketplace in terms of advertising. The fact that we both come from that space makes this very important,” she said.

She explained that English-language ads utilizing “cultural or linguistic cues in Spanish” is an underutilized approach that will consistently outperform general market advertising with the demographic.

Consumer X will utilize the same kind of collaboration across disciplines that is typical of 9thWonder’s approach.

“By applying that to Consumer X, we can bring a richness to marketing that clients aren’t getting elsewhere. I speak from experience when I say that multicultural agencies lack the breadth and depth of marketing strategy and execution needed, and multicultural units within holding companies aren’t fused day-to-day with the people who make accounts run,” Twena said. “That’s true for specialties within the holding companies in general, but it’s more so with multicultural.”

Over time, Consumer X will evolve to include a number of overlooked demographics that brands aren’t connecting with, including what Twena called Rural X.

Consumer X is also looking at generational cohorts, other ethnic groups and LGBT orientations to find other opportunities for brands to connect with customers they’re currently missing.

“We’re leading with research with each group, so we’ll go where the data takes us,” Twena said. ”

“Many of these groups are influential,” she added. “Some individually and some because of their collective power.”