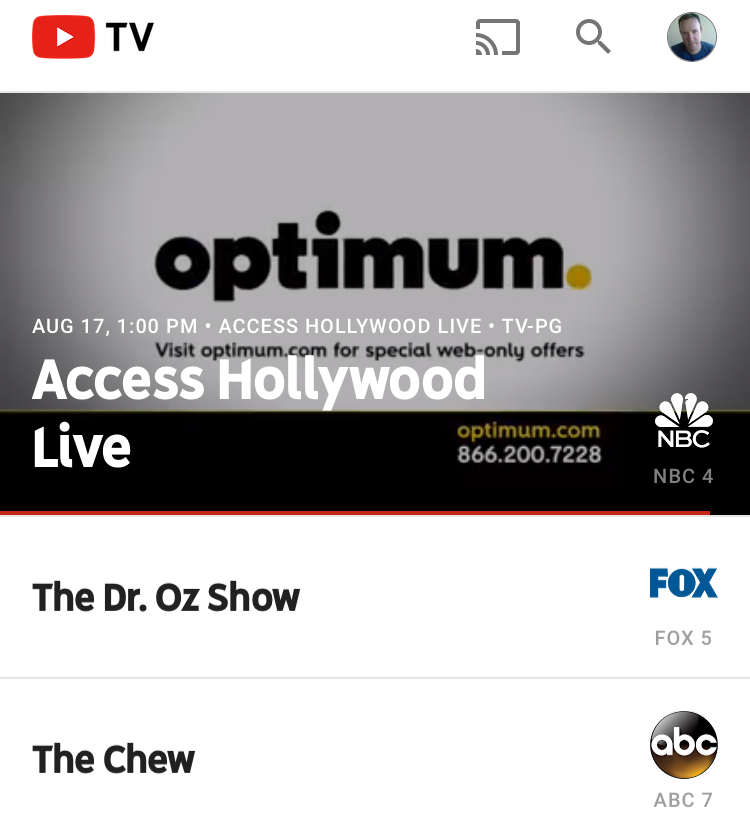 YouTube TV, which provides more than 40 networks, including local ABC, CBS, Fox and NBC affiliates, is expanding to 14 new markets.

Because it has deals with AMC, CBS, Disney/ABC, FOX and NBCU, many of those networks’ cable channels are included: everything from Bravo and MSNBC, to Fox News and FX, 5 ESPN channels, 3 Disney channels and 2 from Fox Sports. Two new channels were also added today: Newsy, the news streaming network from Scripps and the Tennis Channel.