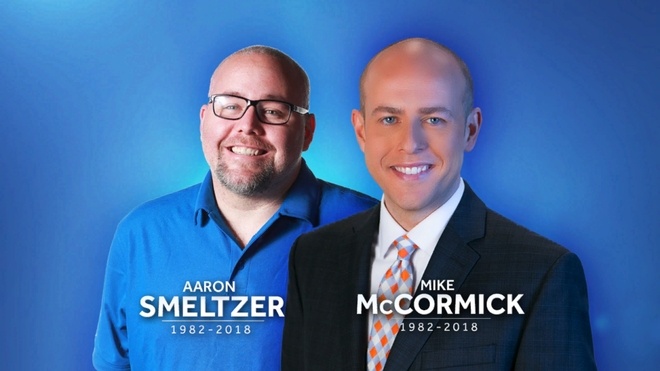 “All of us at WYFF News 4 are grieving,” said anchor Michael Cogdill during this afternoon’s newscast. “We are a family and we thank you, our extended family, for your comfort as we mourn and as we seek to comfort the families of Mike and Aaron.”

McCormick had been with the Hearst-owned station since 2007, joining from KHBS/KHOG in Fayetteville, Ark. In 2014, he was named anchor of WYFF’s Sunday newscasts.

NBC’s Kerry Sanders, covering Alberto from Florida, reported on the death of the WYFF news crew during his story on Nightly News this evening.