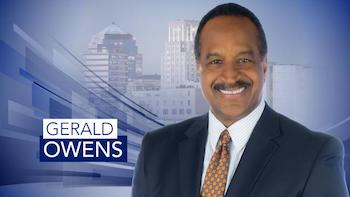 Raleigh, N.C. NBC affiliate WRAL has chosen Gerald Owens to be the co-anchor of its 6 p.m. newscast.

Owens has worked at the station since 2002. He’ll co-anchor alongside Debra Morgan, who started working at the station in 1993 and replaces David Crabtree, who leaves WRAL next week.

“As we say farewell to David Crabtree, we can rest easy knowing that we’ll be in good hands moving forward,” said WRAL news director Rick Gall. “They’ve made a great team on other newscasts for two decades.”

“Gerald Owens has earned this opportunity,” said Crabtree. “His connection with the Triangle is sincere and authentic. He and Debra will continue to be the ones we can all rely on. I now echo what Charlie Gaddy said to me 28 years ago, ‘I am confident we are in good hands …’”

He started his career as a reporter trainee at WUSA in Washington, D.C. He then started working at WTKR in Norfolk, Va., as a political reporter and anchor, before returning to WUSA as a morning anchor. After three years he made a brief switch to sport until 9/11 inspired his return to news.

The stability of the WRAL News anchor team at 6 p.m. is unprecedented in the local TV landscape. Current anchor Debra Morgan has been with WRAL for nearly 30 years. David Crabtree anchored WRAL evening newscasts since 1994. His predecessor, local broadcast legend Charlie Gaddy, was WRAL’s lead anchor for more than 20 years, retiring in 1994.