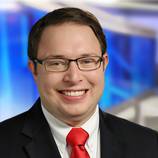 “Wednesday will be my last day at Channel 11,” Martin wrote on Twitter. “I’ve enjoyed every minute reporting in my hometown over the last six years and telling important stories. But it’s the right time for a new adventure.’

He said that adventure includes moving to Miami “to be closer to my wife’s family. I’ll be doing the best job of all; being a full-time dad.”

Martin joined WPXI as an investigative reporter in 2015. He started his career at WLUC in Michigan’s Upper Peninsula.