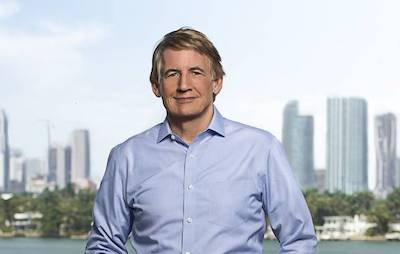 Norcross has worked at WPLG in Miami since 2018 as a hurricane specialist, though he’s been working in the Miami market for 25 years.

“Fox Weather has attracted the best names in broadcast meteorology—and we’re thrilled to have Bryan join our dedicated team of meteorologists as we head into the 2022 hurricane season,” said Sharri Berg, president of Fox Weather. “His decades of experience in communicating life-saving information make him an integral part of Fox Weather and our overall mission.”

Norcross got his start covering hurricanes in 1969 when Hurricane Camille impacted the Gulf Coast. From there, he went on to become the first weekend weathercaster at CNN when it launched in 1980. After stints at several stations across the country, he spent 25 years in Miami as a meteorologist for WPLG, WTVJ and WFOR.

Between 1996 to 2008, he served as the CBS News hurricane analyst, before working as president and ceo of an emergency management communications organization—known as America’s Emergency Network. He joined The Weather Channel as a senior hurricane specialist in 2010, before leaving in 2018.

“I’m thrilled to join old friends and new colleagues at Fox Weather as we build a dynamic new weather service,” said Norcross. “As always, my focus will be on keeping people safe by providing the best hurricane-forecast information possible when the season ramps up this summer.”