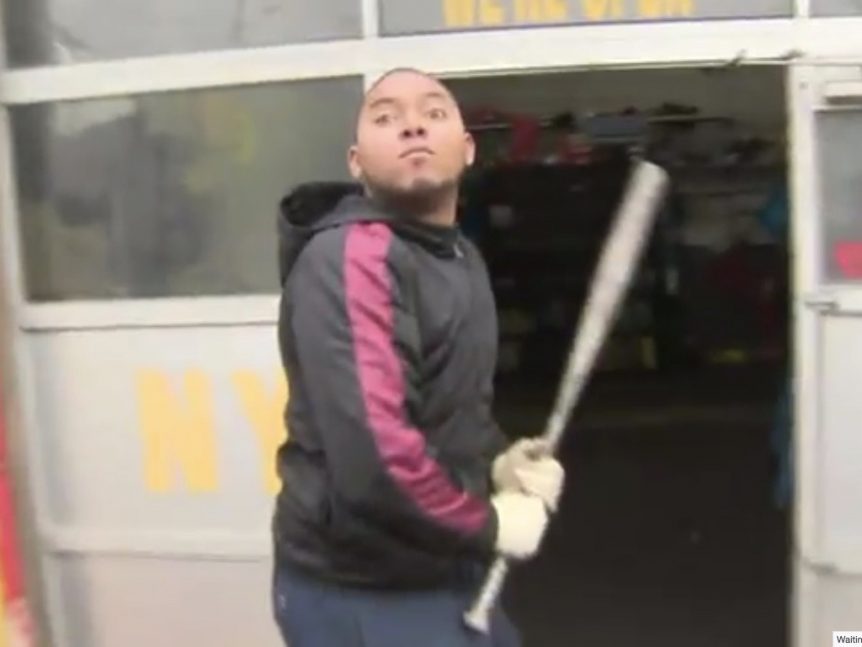 Here’s the video of WPIX reporter Howard Thompson and his longtime photographer John Frasse being attacked while on a story Tuesday.

A bat wielding man approached Thompson as he entered his auto repair shop in the Bronx.

The video shows Thompson opening the door and immediately being chased.

“I stuck my head in and it was like a flash and he came flying out at me,” Thompson said during an interview on PIX11 last night.

The ‘Help Me Howard’ team has made their mark getting answers for viewers who have been ripped off. According to the station, Thompson went to Lebron Pimentel‘s auto shop on Jan. 25 on behalf of a viewer who’s car had been towed while getting repairs.

The station says this isn’t the first time Thompson and Frasse were attacked.

“For every person that we’ve helped—there have been about 2,000 right now—there’s someone on the other side of the equation that is not happy with our presence,” said Thompson.

Pimentel was arrested and is being held on $5,000 bond.