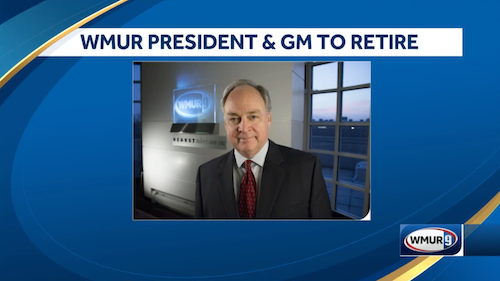 “I am fortunate to have had such a long and eventful career,” said Bartlett. “And I am proud to have spent more than half of it with Hearst and to have had the privilege of finishing at a great television station in a great state.”

Before joining the Manchester, N.H. ABC affiliate, Bartlett worked as president and gm of Hearst’s Fort Smith, Ark. stations KHBS-KHOG. He worked as news director for three CBS-owned stations WBBM in Chicago, KYW in Philadelphia and WBZ in Boston as well as KTUL in Tulsa and KGUN in Tucson, and was the assistant news director at WTVJ in Miami, Fla.

Bartlett has also worked as a TV consultant at Audience Research & Development. He started his career as a writer and associate producer at KMGH in Denver before working in news production at stations in Portland, Oregon, and San Francisco, among other markets.