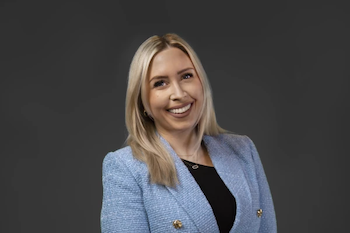 While Pergament said NBC affiliate WGRZ had Democrat Talia Rodriguez and Republican Carl Calabrese on to answer questions during the election, WKBW only had Republican Russ Gugino on and allowed him to give what he called a “four-minute commercial for Republicans.”

When Buehler asked about a Republican’s chances in the blue state of New York, Gugino said the Republicans need to be unified behind the party’s candidate for governor, Lee Zeldin.

“He has a message for a lot of Democrats who are very fed up with the State Legislature from an economic point of view and a crime point of view,” said Gugino. “Crime is out of control not just in Western New York but throughout the state and right now there are no Democratic party solutions.”

Buehler then reminded Gugino that he told her before the interview about three things that Zeldin could focus on – crime, Covid-19 mandates and corruption.

That set up Gugino to take a shot at Hochul.

“We’re disappointed the article focuses on an individual and one segment of our station’s election night coverage,” said Marc Jaromin, WKBW vp and general manager.

You can read the entire article by clicking here.