WJBK continues to be the social media leader in Detroit. The Fox owned station had a 35.0 overall Share followed by WXYZ, the Scripps owned ABC affiliate and WDIV, the Graham owned NBC affiliate. The race was tight. From January 14-February 14 they all were within five Share points of one another. WXYW had a 34.4 Share and WDIV has a 30.0 Share.

Engagement in the market was up. All of the top three stations saw double-digit improvement month to month.

On Facebook, WXYZ’s main page was the top in the market finishing just ahead of WJBK’s page. On Twitter, WXYZ moved from second to first as a group over the last 30 days with a 39.4 Share. On Instagram WJBK lead the way.

Of the top 10 individuals in the market overall, six work for WJBK, three work for WXYZ, and one works for WDIV. 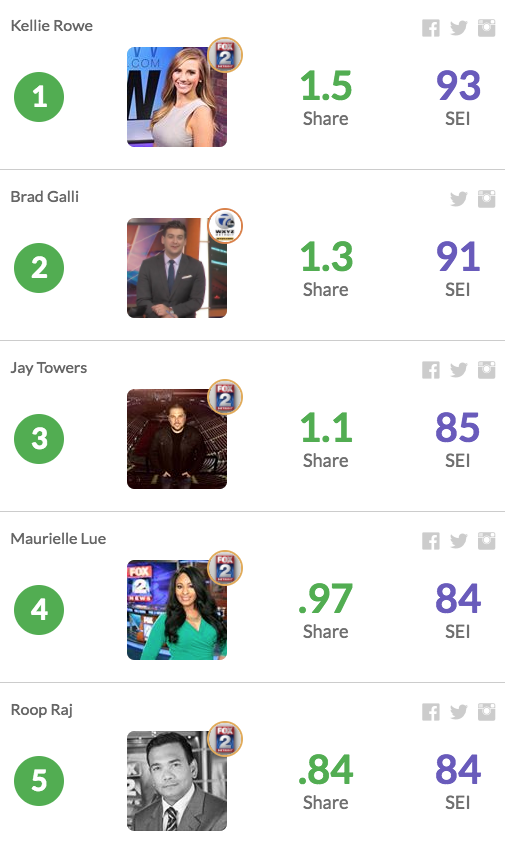 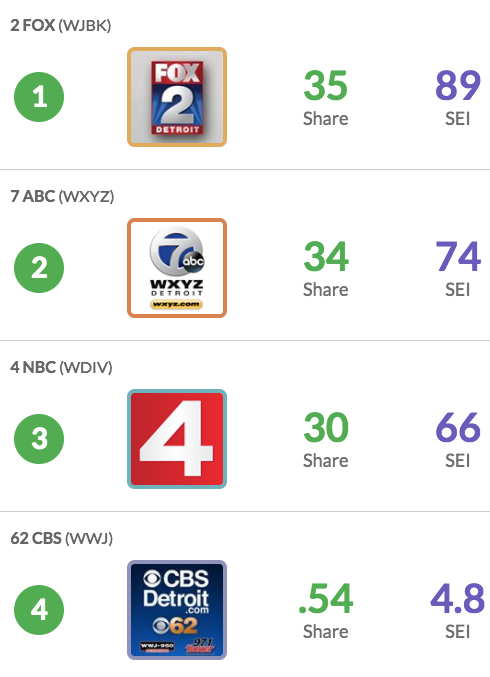