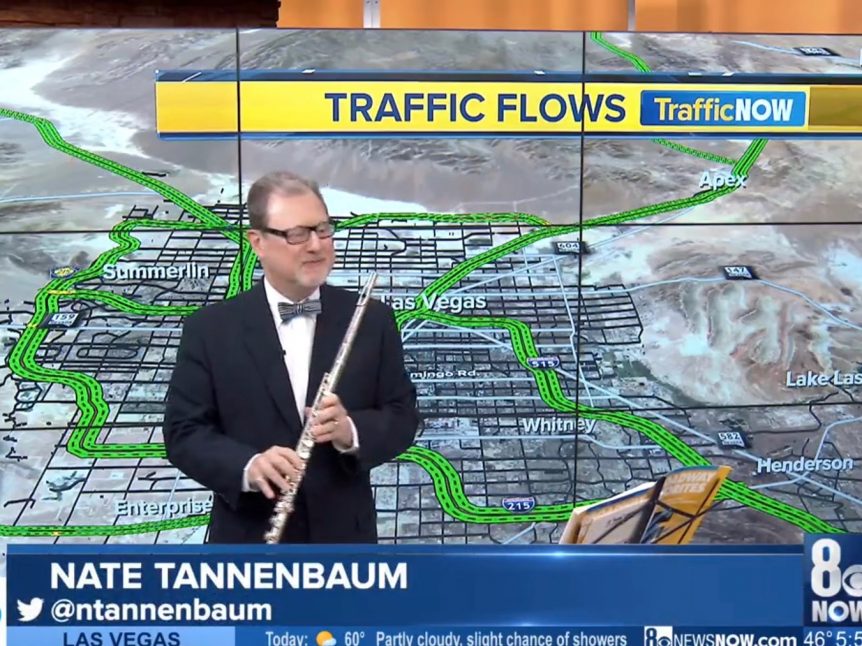 When there’s no traffic news to report, you can always give an impromptu flute concert instead.

That’s what KLAS‘s Nate Tannenbaum did Friday morning instead of giving his normal traffic report. With the coronavirus-related travel restrictions, Nevada’s roadways are practically empty.

So in lieu of a traffic report, the Las Vegas traffic anchor, who is a trained flute player, played “Tomorrow” from the musical Annie.

He explained it’s a song that we all might relate to as we deal with this “new normal.”

The morning traffic personality has been playing flute since he was in fifth grade. He’s a member of the Las Vegas Flute Club and has performed the National Anthem at sporting events around town.