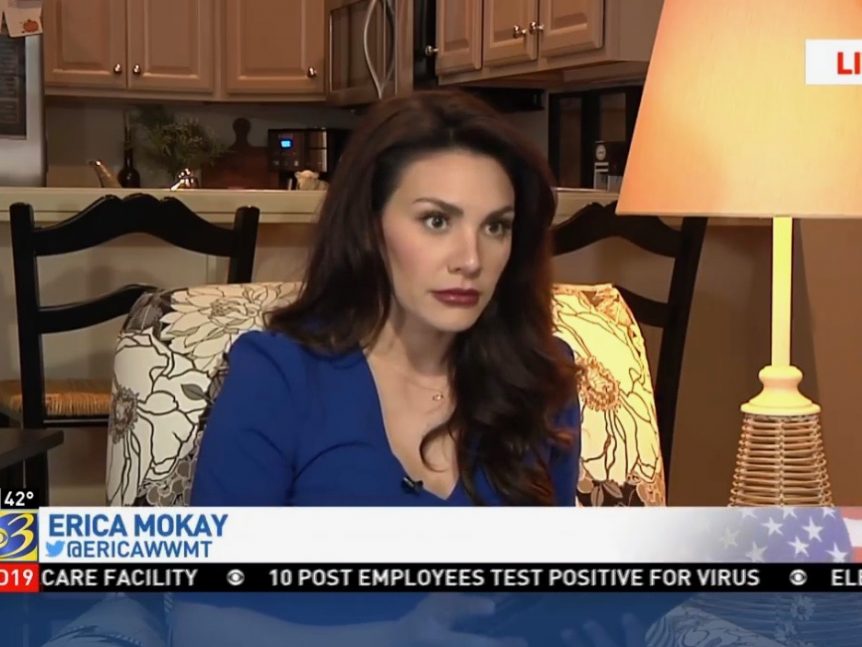 Erica Mokay of WWMT was every anchor trying to figure out technical issues while working from home.

The station was running a package on the coronavirus when the main anchor in Kalamazoo, Mich., realized her iPad, which had her scripts and the rundown, had stopped working.

At home, there is no IFB and no way to talk to a producer about issues so she naturally was a little freaked out when the director came back to her on camera. But the way Mokay handled it was perfect.

At first, she looked panicked. Then, she did a great job of explaining to the viewer that working from home isn’t perfect.

“I need you to standby. As I mentioned, I, we are going to have some hiccups and bumps as we work from home. I lost my scripts so I am going to go over to my computer,” she said.

Then you see Mokay walk off camera, hear her log on to the computer and finally access her script to toss to the president’s press conference.

Mokay posted the clip on Facebook and explained what happened in her own words.

When I realized my system was about to freeze, I immediately knew what would follow would not be good …

You’ll then see me look up to my television …

I was looking to see if my producers held the graphic on camera. From my perspective they did, but silly me … my television (and yours) is on a 5-10 second delay.

Then, while not realizing I’m STILL ON camera, I make a face that is SO ERICA it hurts, but I was attempting to signal to my producers that I had lost my scripts and needed them to keep the graphic on screen.

Unfortunately, it was too late. They didn’t hold the graphic.

At that point, I make the choice to approach my computer, which is at least six feet away and also in sleep mode, not to mention I am tethered to my chair by at least four different cords …

It wasn’t pretty, but it was live TV.

At least we can all laugh … even if it’s at my expense.