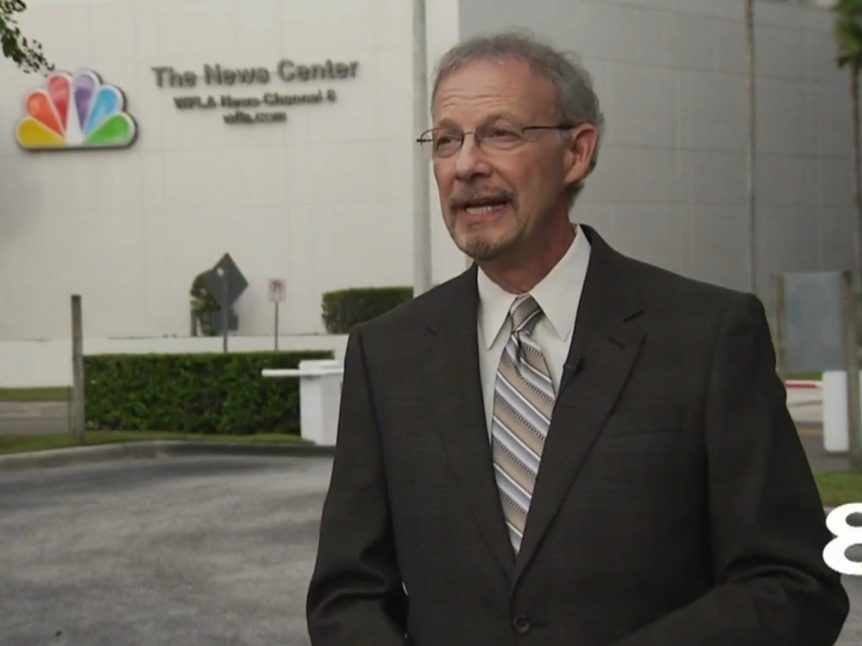 “He put their feet to the fire like nobody I have ever seen,” said friend and former co-worker Gayle Sierens, who was the main anchor in 1985 when Andrews arrived in Tampa. “He was tough, but he was kind. As a journalist you did not want to be on the wrong side of the law if Steve Andrews was around.”

Andrews has been at the station for 35 years.

He started in radio in 1973 in Lewiston, Maine, and also worked as a part-time reporter.

Andrews then took his passion for TV full-time to San Antonio, and ended up in Tampa, where he’s been ever since.

Andrews is the father of Fox Sports reporter Erin Andrews. Last year, at Adweek’s Women Trailblazers ever, Erin Andrews told us what she learned from her father.

The station put together a tribute video for the longtime investigator. You can watch it below.