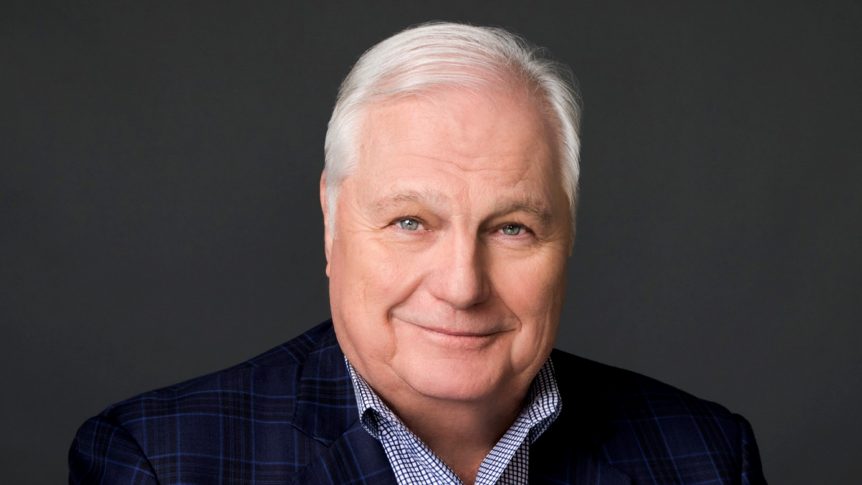 The man Dallas ABC affiliate WFAA calls “the dean of Texas’ sportscasters and one of the most recognized faces in Dallas-Fort Worth television history” is hanging up his mic later this year.

“There’s an old proverb that says all good things must come to an end, and it’s true, all good things do,” said Hansen, who has been at WFAA since 1983. “I’ve been waiting 25 years for the Cowboys to win another Super Bowl and I can’t wait anymore.”

Hansen, who never went to college, started his career at a radio station in Newton, Iowa, before becoming a sports reporter at KMTV in Omaha, Neb. He joined WFAA in 1983 after working at Dallas’ station KDFW for two years.

“For more than 38 years Dale Hansen has informed and entertained our audience like no other, and we are forever grateful for his dedication to our team and to the North Texas community,” said WFAA president and GM, Brad Ramsey. “From major breaking sports news, to powerful investigations, to standing up for human rights, Dale forged an unprecedented path and became so much more than a sports anchor. There will simply never be another Dale Hansen.”

He won a Peabody and the Alfred I. duPont-Columbia University Award for his work investigating Southern Methodist University’s football program in 1986. That investigation led to the school receiving the NCAA’s first and only so-called “death penalty,” which banned the Mustangs from fielding a team in 1987.

Recently, he’s gained attention for his opinions on everything from kneeling for the national anthem, Michael Sam in the NFL, gun control and his views on the pandemic.

“I will always remember when we first told Dale he had gone viral,” said WFAA vp and station manager, Carolyn Mungo. “He had no idea what that meant. Thanks to Dale, the entire newsroom learned how to reach new audiences. At the end of the day, we will lose an anchor, but we will also lose a teacher.”

“I’ve worked with Dale for a long time and always found his ability to author so eloquently what the human spirit feels around issues shaking the community a gift,” said WFAA executive news director Leslie McCardel. “It will be hard the next time we turn to him for his words and he’s not there.”

Click here to watch the video of Hansen’s announcement.