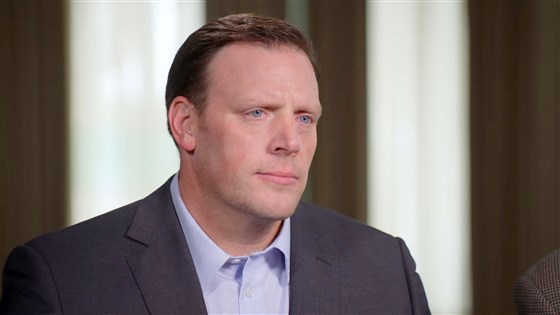 West Michigan anchor Mike Avery has shared his story about being sexually abused while he played lacrosse at Ohio State University by the former team doctor Dr. Richard Strauss.

He shared his story on NBC Nightly News last night and in an interview with his station.

Avery has been the morning anchor on WXIN, Fox 17, since 2010. He was a lacrosse star at the university from 1988 to 1991. Each year, Strauss would perform a physical on him—and Avery said he was assaulted during each one, which was a secret he kept for years.

“It’s something I won’t forget,” Avery said in his interview with NBC news. as he recounted Strauss’ examination of his groin during a sophomore year physical, saying it felt like it went on forever.

“No physical I’d ever known went on like this,“ he said. “I remember saying to one of my teammates afterward, I think I was just assaulted.”

Strauss, who died by suicide in 2005, is accused of molesting hundreds of OSU students. A handful of his accusers spoke up in the interview last night.

You can watch Avery’s entire conversation with his station, detailing the events here.