NEXT:Spokane News Director Takes Over for Morning Team on Thanksgiving
PREVIOUS:Kansas City GM to Retire at the End of the Year 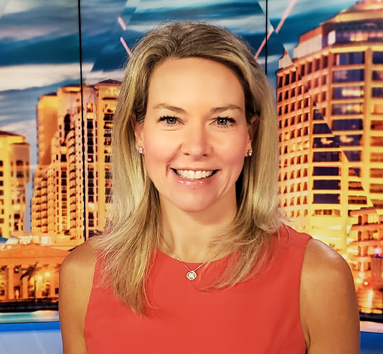 This is a move within Hearst and within Florida for Linton, who has been news director at Hearst’s WPBF in Palm Beach, Fla. since 2019.

“Stephanie’s breadth of experience in various newsrooms and depth of knowledge in Florida make her the ideal news executive to join our award-winning team,” said Soapes.

“I am honored to join the exceptional team of journalists at WESH 2 News and expand my experience within the Hearst Television family,” said Linton.  “Orlando is a vibrant and dynamic news market. I look forward to leading the news team as we tell Central Florida’s stories and continue to make WESH 2 the best choice for local news in Central Florida.”

Before joining WPBF, Linton was the assistant news director at KGO in San Francisco. She’s also worked as assistant news director at WSOC in Charlotte, N.C. She started her career as a producer for public television station WUFT in Gainesville, Fla. and worked at WPBF as a producer between 2000 and 2006 before joining WFOR as an executive producer.