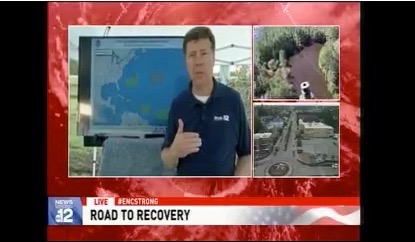 WCTI‘s newsroom and studio are still not operational after it flooded during Hurricane Florence.

But that hasn’t stopped the staff from putting on a show every night.

The Sinclair station has been producing nightly newscasts from the field since the storm hit. With the help of other sister stations’ signals around the country, WJLA, WCYB and WPDE, they’ve managed to bounce the signal to local towers so viewers can watch the shows. 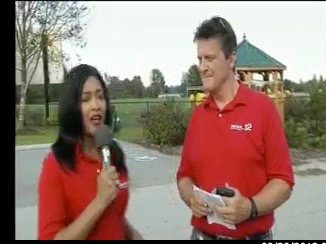 You can see the extensive water damage in the studio and in the newsroom.

“They’re pulling tiles up in our break room. This our hallway, you can see they are pulling up the dry wall,” North said in his video.

North said in his video that WCTI hopes to be back in the station next week. TVSpy has reached out to WCTI’s general manger Matt Bowman for comment.