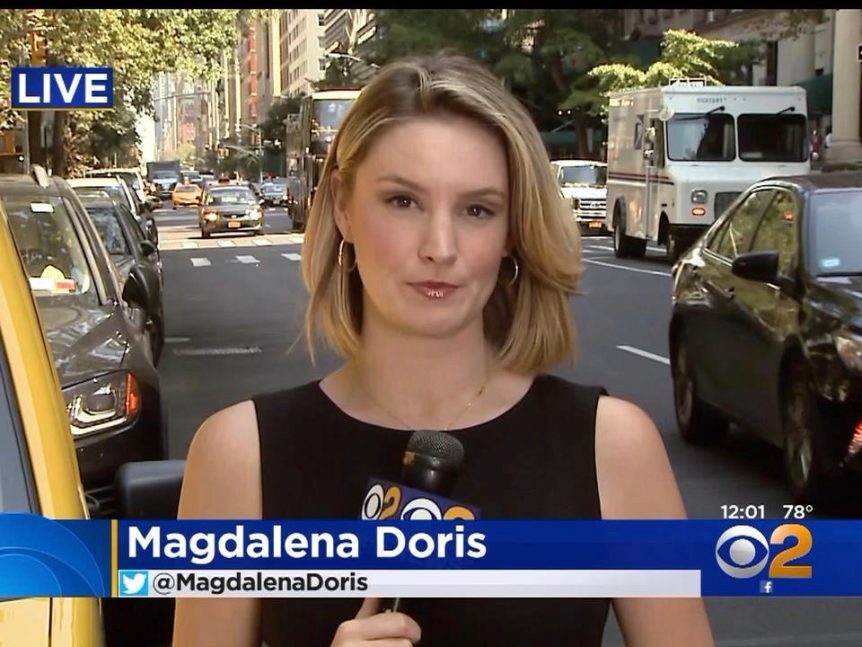 She made the announcement on social media Sunday night.

“I’m not setting my typical 1a.m. alarm tonight. After two years, Friday was my last shift at CBS 2,” she said.

Doris celebrated her two year anniversary at the station in January. She posted about it on Facebook.

Her announcement didn’t make mention of where she is heading. She just used the hashtag #staytuned to tease a next move. She came to the CBS owned station in New York from News 12 Bronx-Broooklyn where she was an evening anchor.

I’m not setting my typical 1 AM alarm tonight. After 2 years, Friday was my last shift at CBS 2. This week consists of moving, rearranging, thanking my lucky stars for all my coworkers (now friends) & looking forward to the future. #staytuned