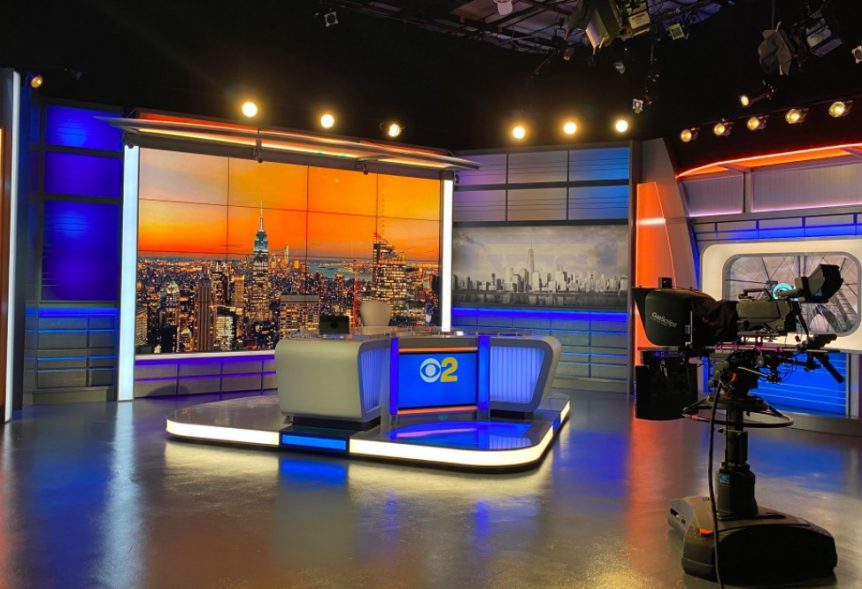 Employees of New York’s CBS station, WCBS, have seen some of the most challenging times working through and covering the COVID-19 pandemic.

Ten days ago, CBS reported that two employees who worked in the CBS Broadcast Center had tested positive for COVID-19. The block-long building on Manhattan’s West Side underwent a deep clean, and some employees returned a few days later. That was last Saturday.

But four days later, on March 18, the facility was shuttered again, as more positive cases were confirmed. CBS local news anchors from across the country again began filling in for their New York colleagues.

This morning, WCBS weekday morning anchor Chris Wragge (who posted the accompanying photo to Twitter) was back on the air, but broadcasting from the YES Network studio in Stamford, Conn.

“We want to thank everyone here at the YES Network for opening their doors and being so accommodating for us here,” Wragge said. “The CBS Broadcast Center in Manhattan is currently closed out of an abundance of caution. So we extended an invitation to the YES Network to help us and they graciously took us up. So thank you to the crew that is here for working around the clock to make this happen. Thank you from the bottom of our hearts for making this work.”

The Stamford studios produce Yankees and Brooklyn Nets pre- and postgame shows, but with both professional leagues on hold, the facility is not being used for those purposes.

The YES Network was founded in 2002 by the New York Yankees. In 2014, Fox took a controlling stake. Then, when 21st Century Fox sold to Disney in 2018, the Justice Department ordered Disney to divest its stake. Last year, the Yankees repurchased a controlling stake, with Sinclair, Amazon and The Blackstone Group holding minority stakes.

As of today, with more than 8,400 positive cases, New York has the most COVID-19 infections of any state.