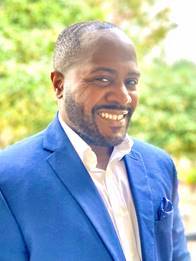 Lightfoot comes from KTRK in Houston where he was an executive producer.

He announced the news on social media by saying goodbye to Houston.

“I’m joining an exceptional team of journalists at CBS NY as the assistant news director,” he said. “Back to where it all started. The work begins NOW.”

“I know you will find Kevin to be a collaborative news leader,” said vp of news Sarah Burke in an email obtained by TVSpy. “His leadership style, combined with his deep knowledge of the Tri-State Area and his desire to innovate make Kevin a great fit for our team.”

Lightfoot has also worked as an ep at WESH in Orlando, Fla. and WAPT in Jackson, Miss.

The graduate of Hampton University was an executive board member of the school’s NABJ chapter. He’s also served as president of the Jackson, Miss. chapter of NABJ and was vp of the Houston chapter.