NEXT:Boston Station Adds One Anchor, Moves Another
PREVIOUS:CBS Names President of Stations Focusing on Eastern Half of Country 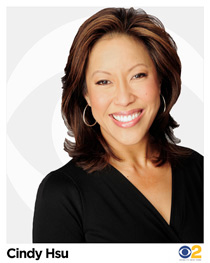 WCBS anchor Cindy Hsu opened up on the New York CBS-owned station about her personal experience living with depression.

In an intimate interview with Dana Tyler, Hsu, who has worked at WCBS since 1993,  said watching others struggle with the isolation brought on by the pandemic pushed her to share her story.

Hsu said she first noticed she was experiencing signs of depression in 2015. “It was just harder to do just the simple job I’d been doing for more than 20 years,” she recalled. Hsu took a few months off work, but started feeling like she was struggling at home and said she “kept getting worse.”

Hsu then revealed she attempted suicide and was hospitalized afterward. “My first memory is waking up in the emergency room and realizing I wasn’t dead,” she said.

She told Tyler she was raised to not talk about things like mental illness, but that she now realizes that there’s no shame in speaking about it.

“It took me years to be able to talk about this openly, and it’s a growing process and I just hope that other people will open up as well, because going through mental health issues is not a weakness,” said Hsu.

You can watch the video and read a transcript of the interview here.