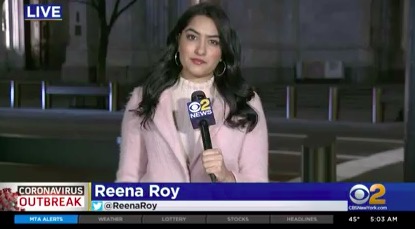 WCBS looked a little different this morning after two CBS employees tested positive for the coronavirus, which shut down the CBS Broadcast Center.

This morning anchor Chris Wragge anchored the New York station’s morning show solo. He did it from the CBSN New York studio.

But the start of the 4 a.m. hour got off to a slow start. CBSN Boston anchors started the show.

All morning long, Wragge posted on social media. Thanking viewers for tuning in and being patient with an unprecedented morning.

CBS This Morning broadcast from Washington D.C. instead of New York while the offices go through a deep cleaning the next couple of days.