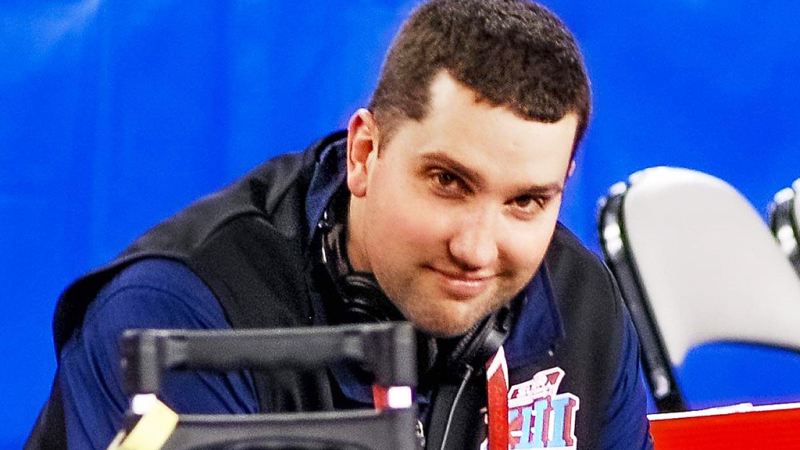 Jim Murphy, an award-winning editor at Boston CBS-owned station WBZ, died suddenly of a heart attack last week. He was 44.

“Today WBZ lost an important member of its family and I lost someone who was more than a colleague,” sports reporter Levan Reid wrote on Twitter on July 20. “Jim Murphy was my ‘Stand By Me.’ I like many are speechless. Many prayers up to his family. R.I.P Murph. You are [loved] and will be missed.”

Murphy began working at WBZ two years after getting his degree from UMass Amherst in 2000. He won three Emmys throughout his 19 years at the station.

“His friends and colleagues at WBZ/CBS Boston said it best. ‘Everything Jim touched, he made better,'” read his obituary published in the Cape Cod Times.

Murphy is survived by his wife, Stacy, and their two children, Gavin and Quinn Murphy.

Since his death on July 20, more than $200,000 has been raised to support his family in a GoFundMe campaign.

“Jim showed up for not only his own friends but anyone who could use a helping hand, a ride to a game, or encouragement on the ball field,” reads the GoFundMe Campaign page. “He was often the go to grill guy at the beach and everyone swooned over his famous brussels sprouts on the grill. He never missed a chance to edit someone’s sport reels to create a memory or snap the absolute best photo of the sunset at just the right moment.”

As of this writing, 1,200 people have donated to the GoFundMe campaign. New England Patriots owners Jonathan and Robert Kraft each donated $18,000 to the fund, and the Patriots sent a jersey to Murphy’s family with his name on the back.

Below is a tribute WBZ aired announcing his death: