NEXT:A Herd of Bison Approached an MMJ in Montana and the Internet Went Wild
PREVIOUS:San Antonio Stations Work Together to Share Video During Coronavirus Pandemic 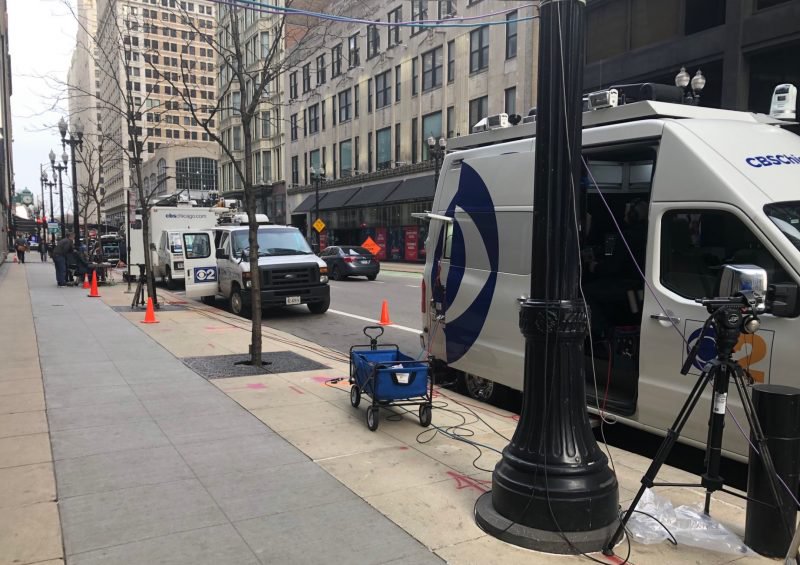 WBBM, the CBS station is Chicago, is testing out “what if” scenarios in the event of a COVID-19 shutdown.

Local blogger Roger Feder reports that the station produced its entire 5 p.m. newscast from the streets of Chicago Wednesday night.

“We are doing this as a test in [the] event we would not have access to our building due to COVID-19 or some other problem,” tweeted John Dodge, digital director and executive producer at CBS 2.

Anchor Brad Edwards was set up outside with a note pad on a music stand, according to Feder, while four live trucks were parked along the street, acting as the control room.

Reporter Megan Hickey documented the station setting up for the evening newscast in a Facebook Live segment here.

The coronavirus has not yet shut down WBBM’s newsroom, but as TVSpy has reported, CBS New York station WCBS is now working out of the YES Network studios in Connecticut.