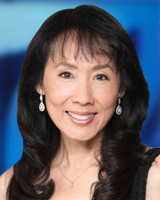 WABC reporter Lucy Yang told viewers she’ll be off the the air until she recovers from an acute kidney injury.

In a Twitter thread, the New York reporter said the injury was caused by not drinking enough water. She said she developed the habit during the Covid-19 pandemic, when public bathrooms were closed due to citywide lockdowns.

“During COVID I stopped drinking water in the newsvan bc there were NO bathrooms in the shut down city,” said Yang.  “I didn’t dare take a sip.”

She said she didn’t return to drinking enough water even after lockdowns lifted, and had continued to go to work even with aches, fatigue and a headache. Eventually, the symptoms got so bad that she went to a clinic.

Yang, who has worked at the ABC-owned New York station since 1993, said her bosses have been “extremely understanding” since she can’t cover colleagues’ vacations due to the injury.

“I wish I could help out,” Yang wrote. “For now, I have to rest and drink water!”