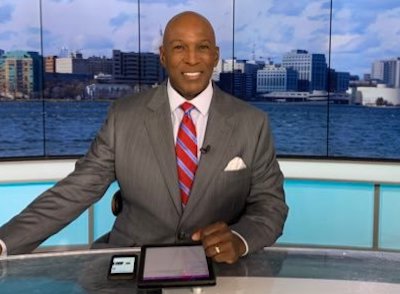 After WKOW anchor George Smith disappeared from the station newscasts in July, viewers started asking questions about where he’d gone.

One viewer asked the Madison, Wisconsin community media site Isthmus what happened to the anchor who had worked at the station since 2018. “George Smith is a great anchor. He’s funny, personable, relaxed, just a perfect anchor and a part of the reason why I watched 27 news,” asked a station viewer named Nora, who asked her last name be redacted. “What happened?”

A Reddit page went up with viewers asking the same question.

According to his LinkedIn Page, Smith left the station in July.

Isthmus tracked him down and texted him, but he didn’t say why he left the station. The site said “he seems in good spirits. But he’s not providing any details about his sudden departure.”

“I’m at the All-City Swim Meet. My son got 6th in a relay! My son and daughter are competing,” Smith said on July 29. “I can’t say anything right now. I have a heartfelt appreciation for the dozens of messages I’ve received from viewers.”