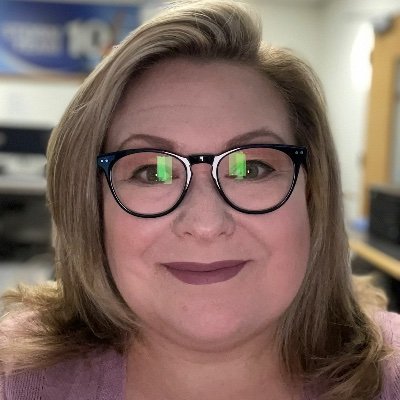 Bates, who has worked at WJAR since 2004, also told viewers on Twitter she didn’t think she’d work in the industry again. “As a 49-year-old round woman, it’s safe to say my television career is done,” she wrote.

However, it seems viewers want to have a say in the matter. They’ve launched a petition to bring Bates back. As of this writing, the petition had more than 6,700 signatures.

The petition threatens the Sinclair-owned station that if it doesn’t brings Bates back, the people who signed the petition “will no longer be WJAR – NBC 10 viewers.” Per the petition:

Kelly Bates has been doing the weather since 1996 and was just voted “Best Female Meteorologist” by RI Monthly Magazine, and yet the younger, significantly less expeirenced (sic) Kelly Love was hired to replace retiring meteorologist Gary Ley, and Kelly Bates was given only part time, weekend duties. Kelly Bryant – Love has only been doing weather since Fall 2009, as indicated on her Linkedin account. Tell WJAR – NBC 10 you won’t be force fed a replacement just because she’s a younger version!

The station, meanwhile, said the decision was Bates’ own. In screenshots of an exchange with a viewer that were posted on Twitter, news director Scott Isaacs said Bates “was not fired. She chose not to renew her contract. It was just as much as a surprise to me as it was to you.” He added, “We were happy to continue things as is.”

“Kelly ultimately decided it was time to move on and elected not to renew her contract with us,” Vetters said in a statement to TVSpy. “We thank Kelly for her dedication to WJAR and her commitment to keeping our viewers informed with critical weather updates throughout the years. We wish her nothing but the best in her future endeavors.”

@kellybatesriI am no longer employed by WJAR. Thank you so much for tuning. Sorry I can’t do this thank you video without crying. I have tried. No go. ##gratis♬ original sound – Kelly Bates